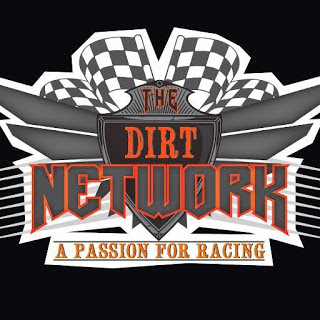 With around a dozen or so races left in the big block modified season, some of the highest paying races of the year are among them. First, on Thursday the Super Dirt Car Series will make its third trip back to the D-Shaped Dirt Demon, Brewerton Speedway, in yet another attempt to complete the show that has been postponed twice by inclement weather. The night will start with the running of heat 4, as the first three have already been completed.

The Super Dirt Car Series is in the homestretch, with each of the last four remaining races worth 150 points to the winner instead of the usual 100. Major point swings like this can change the outlook of the championship in a heartbeat. A broken shock tower or a flat tire can make or break a driver’s season. “Super” Matt Sheppard in the HBR 9h comes into the race after a 5th place finish at the Brockville Speedway after unloading the backup car due to a vicious rollover that took place on lap 5 of the heat race. Sheppard has remained the point’s leader, and extended his lead to 103 points over second place, which changed hands after Brett Hearn struggled in the feature and finished 15th, one lap down.

Billy Decker took the second spot away from Hearn with an 8th place finish. Look for both Sheppard and Decker to lead the way Thursday night as they finished 1st and 3rd in the track point’s standings respectively. Also, keep an eye on the 27J of the Doctor Danny Johnson, as he won the Hurricane 100, a small block race of 100 laps that took place at the track on Thursday of Super Dirt Week.

Friday opens up not one, but two books for the weekend. The longer, more storied book starts another chapter as Orange County Fair Speedway holds the 54th annual Eastern States weekend for a record $35,000 to win. Earlier this year it was announced that OCFS was not going to be DIRT sanctioned going forward, so it gets a bit tricky as the Weedsport Speedway hosts the 1st Annual Last Call at the Port weekend. The racing begins Friday afternoon at OCFS with time trials and heats for the big block modifieds. For those drivers that are looking to cash in and attempt the double, they MUST be in attendance for time trials in order to be eligible for the consolation races. Then racing continues in the evening at Weedsport as the Super Dirt Car Series big blocks take their time trials for Saturday’s Allways 150. The top 30 in time trials have a 35 lap non points race for $3,500 to win. Also on tap is the 125 lap 358 modified series championship for $7,500 to win.

Those drivers that are aiming for the double, and there are a few, must travel from OCFS after taking time trials, to Weedsport to time trial again for the race Saturday. Brett Hearn has confirmed that he will attempt the double. Others that are anticipated to make the double are Stewart Friesen, coming off of his big payday, as well as Matt Sheppard per an interview by Al Heinke (HBR team owner). Race weekends like this are always hard on car counts. It is hard to tell who is going to race where and what car they will be driving. Look to see roughly the top 15 in the SDS points to be at Weedsport for sure.

Saturday evening at the Weedsport Speedway, the Super Dirt Car Series takes to the track again for the 150 lap contest paying $20,000 to the winner. Another 150 point race means that big points swings are possible. Danny Johnson won the satellite event here on Wednesday of Super Dirt Week in his 358 modified. Weedsport Speedway has gone through a considerable amount of changes over the past couple of years under new management. The facility has been upgraded, and is now in pristine condition. I consider it one of the best in the northeast. The racing has been top notch as well. The past series races at the speedway have been 100 laps in length, so the extra 50 laps definitely throws a curveball strategy wise. Also, give an advantage to the HBR team as they are looking to defend their home turf, as the speedway is owned by Al Heinke, the team owner.

Sunday marks the 54th annual running of the Eastern States modified championship. The October Classic is the only 200 lap race with a live pit stop remaining in the northeast, as the Syracuse 200 is just a memory now. Middletown is a very unforgiving 5/8ths mile with very little banking. The hard clay takes a lot of rubber and becomes very slick quickly. Getting out of the groove can send you up into the concrete walls that are known to tear up race cars. The majority of the drivers will do their best to hold the bottom line and wait for the driver in front of them to make a mistake. The drivers that are willing to take the risk of trying the highside, and succeed will be the drivers with the best chance of capturing the lucrative check. Drivers like Tim McCreadie, Brett Hearn, Stewart Friesen, and track regular Jerry Higbie all have the means and potential to be front runners throughout the day. There is one required pit stop after lap 30, in which the car must come to a complete stop in the pit stall. Expect a lot of cars to attempt to qualify for this race, as it is the highest paying ESW in the 54 year history.

Sunday General Admission is $35 for adults,$30 for seniors, and $5 for children 21 and under. Tack an extra $5 for reserved seating. Combo packages for the weekend are also available. Gates on Sunday open at 9am, and the first cars hit the track at 10:45am.

Hot: Stewart Friesen
Coming off of his 4th career Syracuse 200 win and a $50,000 paycheck, he still has a lot to look forward to. He locked up the $15,000 Short Track Super Series championship by taking the green flag at I-88 during the Short Track SuperNationals as well. Who can stop this man? He will be more than happy to steal another $35,000+ this weekend.

Hot: Jimmy Phelps
He won the Salute to the Troops 150 on Saturday, followed it up with a third on Sunday in the Syracuse 200, and then finished 6th in the Fall Nationals at Brockville. He has home turf coming up, and is gearing up to defend it.

Hot: Danny Johnson
Two satellite wins during Super Dirt Week on two of the upcoming tracks on the schedule. Danny is keeping the wheels turning, especially following SDW up with a 4th place finish at the Fall Nationals.

Not: Matt Sheppard
Points leader yes, but he has had a rough handful of races. He retired early in the Outlaw 200 at Fulton Speedway, didn’t find much in the small block satellite events during SDW, and finished 25th on Sunday at the mile. Brockville turned him upside down a bit, literally, as he rolled his primary car in the heat. Sheppard needs some momentum going into Charlotte, or the points lead will go away quick.

Not: Tim Fuller
In his first season back behind the wheel of a modified full time, he has had obvious struggles. Sitting 7th in points, a win would shine a good bit of needed light on the season. Don’t ever expect him to give up though, as he has a lot of fight left.


Have to hand it to him, the kid is FAST, but unlucky. After sitting on the pole for the Syracuse 200, he finished a miserable 41st. He only completed 87 laps on Saturday. He broke after 12 laps in Brockville. And don’t get me started on the satellite events. The win at Cornwall was the peak of his season. A nice payday would dampen the sting of Super Dirt Week though.

Article by Daylon Barr
Posted by Unknown at 11:47 AM