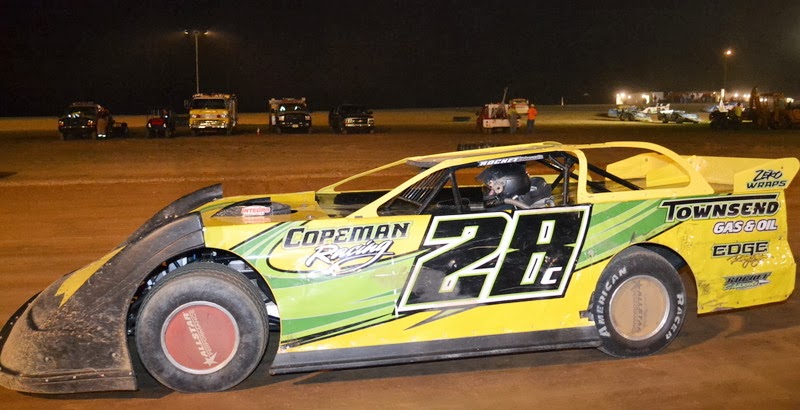 Hey there folks! I know, I know, I'm a day late with my update this week, but you'll have to deal. I have a legit excuse, though, the storms made my innerwebz dodgy as all hell. I wasn't about to get started on it and have my internet crap out on me and have to start it all over again. Plus, my wife worked late so that meant I had to hang out with my daughter, and you know what? As much as I love racing and doing this writeup every week, my daughter comes first 100% of the time.

Anyways, this week was a little sketchy for these rankings. Lenerville, Selinsgrove and Eriez got their regular shows in. Dog Hollow rained the features out (but apparently got last week's show in after a crazy long rain delay, so that show was scored) Marion center got two regular features in (one of them was a makeup for last week's rainout). Bedford, Port Royal and Roaring Knob were tied up with Appalachian Mountain Speedweek, and that falls outside of the scope of this poll, so no points were scored towards this poll.

Now let's get to some rankings.

2. Mike Blose, 22 points. Mike had a second in Marion Center's regular feature for his points this week.

10. Steve Campbell, 10 points. Steve didn't have any points this week.

And that's your top ten for the week. My wife works early next week and hopefully there's no wicked storms to make my internet dodgy so I can go back to Monday night. Until then, may the dirt in your beer always stay cold.