Pay Per View Broadcasting- Time For A Mindset Change 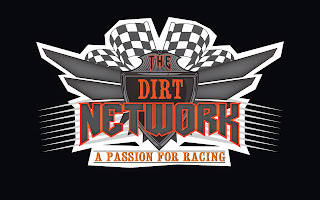 Somewhere in the vicinity of Farmington, MO, a gentleman is running cables and making preparations on a Wednesday night for an upcoming broadcast. He's part of a new company, a small outfit with one other full time employee and two part timers who wear many hats. It has one major purpose, to bring what is one of the best sensory sports in the world, to the masses, via the internet.

Many fans love the ability to purchase live pay per view dirt racing events across the world. It's become an a popular way to see tracks and races that fans may only be able to dream of witnessing. Or also, a way to get one's racing fix when anyone's plans have been washed away by rain. It's a great thing for dirt racing, but it has it's naysayers.  Many observers have been wondering about the PPV industry's affect on the amount of fans in the stands.  The question has come to the forefront in the last few weeks, especially in the way of social media where racing legends Kenny Wallace, Pete Pistone, Brad Doty and central Pennsylvania motorsports journalist Jeremy Elliot have openly debated the topic, sometimes with extra fervor. It's a good debate, but the facts never seem to come out, just theory and speculation. We at TDN figured, it was time to go directly to the source and ask what the honest stats were showing, and to seek what it meant.

Now back to the gentleman whom we happily disturbed last week to learn more about the industries place in the sport and the good things that result as a by product of all his hard work....  Pennsylvania native Chet Christner was a dirt fan like many of us when the idea struck. A fan who wanted to bring an under publicized sport to a greater number of people.

"I was working at Las Vegas Speedway in broadcasting and I became involved with a company for about five months" Christner said in a recent interview with us at TDN.  "It just wasn't working out. I thought I had a different way of doing things and started doing our own thing."


Christner became a founding father of Speed Shift TV where he currently serves as the announcer and public relations director. The company is just over a year old, travels by camper to events (they sleep in them too), and couldn't be happier about it. The company has broadcast from many different tracks and have featured races from all divisions in their brief history, from more legendary facilities, to smaller places, from All Star and NSL Sprints to USMTS Modifieds.

"First and foremost we were huge fans of dirt racing before any of the broadcasting stuff started," Christner remarked. "Our intention of starting up initially was as a promotional item. It's a way to promote racing in general , it's a way to promote it to the fans, and it's a great way to get fans interested in it. With the way society has changed, I think that the old way of doing things aren't necessarily the right way of doing things. We have to make the sport more accessible."

And so the journey began, and along the way, Christner made some interesting discoveries about the audience and the sport.

"Whenever we do things, we try to do them the right way. We've found that the number one thing fans want from a broadcast is great audio, they want to be able to hear it and hear it well. and then multiple camera angles..not so much, they're happy with one camera, they want to feel like they're in the stands.  The reality of it is that people we have watching our broadcasts are people who can't make it to the track and so they want the feeling of being at the track. And, our broadcasts also allow promoters to go back and watch the event from a fan's perspective while critiquing their operation."

From the business standpoint, Christner has helped foster an approach that works for both Speed Shift TV and the tracks, a relationship in which they both share the risks and the rewards.

"When we first started out, we kind of dabbled around with a price match to the grandstand price. And the reality of it is, that it's just not feasible because there are so many ideas behind the pricing and so forth.  People just don't have a lot of disposable income and so we wanted to keep it affordable for the average fan so we charge $19.95 for the regular shows and $24.95 for special shows. Those are really the only two prices we use unless it's a multiple day show and for those we offer a multiple day pass with discounts.  We feel it's what the market can support without people going broke.

If we come in and broadcast a show for a race track, we assume all the risks. And so if something should happen or it should rain out, then our travel expenses are on us. We feel like the promoter is risking running a show by paying the purse and everything else that's involved with it. So once we start the broadcast, our actual travel expenses are covered and we are considered in a "profit state" and we split the profit 50/50 with the track. So if it's a successful broadcast then we both benefit and if it's not then that's just the way it goes."


Now about those naysayers for just a moment.  DIRT Nation, how many times have you heard various renditions of the following statement  "Pay per view broadcasts are killing the sport!"  There is indeed a mindset at work among cross sections of promoters, owners, and even some fans, that any information leaked from a speedway on race night makes it too easy for fans to just stay home.

"And they are so wrong about that," Christner proclaimed.  "It's an old mindset, and they need to think about it from their perspective.  If I'm at home in PA, and there's a weekend special coming up at Roaring Knob and it's being broadcast online, I'm certainly not going to watch it online. I'm going to drive right on up to Roaring Knob because it's an awesome facility! I'm going to be up there eating the food and smelling the methanol and I'm going to be enjoying races with my friends and everything else that goes along with it, I'm certainly not going to sit home and watch."


And regarding the actual effect of pay per view racing on attendance, Christner added this.

"For our broadcasts, we can tell exactly where people are watching from, right down to the town they live in. And, on an average broadcast we've found that thee to four percent of the viewing audience is within an hour of the race track. Within two hours you're looking at maybe seven percent. The reality of that is, that many drivers have the broadcast on in the hauler and that's actually included in the local 3 to 4 percent. Odds are if they lived two hours or less away from the race track, then they couldn't make the show anyway. Also, most events which are broadcast (well run and organized) see a noticeable increase in fan and car counts the following year"

Some still stricken with "the mindset" wonder if blackouts for areas near the track are an answer, however according to Christner,  "The broadcast can be blacked out, by ZIP Code or IP address, but thus far we have never done so. It is costly and because it is Internet-based, easily work around by someone with little more than basic knowledge of how the Internet works. i.e. Your average middle school student. Not to mention, statistically there is absolutely no reason to black out an area.

Let's face it though, dirt racing is a sensory sport, it ensnares us, and for 99.9% of us, there's no way any of us in  their right mind would miss a night at the track to watch a race on pay per view.  Things come up, though, and when they do, we can still satisfy our urge to watch on pay per view. And also, through the back catalog, we can escape to tracks hours and days away from us. Maybe we'll plan a racing vacation around the races we can watch on pay per view.  And when the tracks themselves share in the profits and also get valuable exposure, pay per view makes complete sense as a marketing tool.  The mindset that exists will slowly evaporate over time, that much looks fairly certain.  Because tracks that enlist a pay per view broadcast, tend to be more proactive about their marketing approach, the sorts of places that seek new fans, and new ways to reach them. Those tracks and promoters have a mindset themselves, one that suggests that to grow, means to embrace change and create opportunities. Those tracks are the ones you can bet on being around for years to come.......they paid attention to new ways of generating interest.


"I feel like we're almost at the forefront of technology too," Christman said. "For us, we're not satellite and we're not cable, but we've got a great number of fans in Australia and New Zealand and even Japan, which we wouldn't have otherwise. It shows the power of streaming services and their emergence. We're just a little over a year old, but it feels like we've been doing it forever. It's a lot of fun and we get to meet a lot of great people. Drivers, crew member, fans, track owners. Take your favorite hobby and do it all the time. It's like we get to be professional race fans and it's awesome."

And for some further proof that PPV broadcasts, we add these official statistics from the NSL Sprint race at  St Francois County Speedway, Famrmington, MO from May 27, 2015:

There were 27 US states & 3 Australian states represented in the PPV audience, with 82% of the viewers coming from outside the state of Missouri. It should be noted that the number of viewers further than one hour from the track was 97% of the total viewership (per Google Maps) In fact, 96% of the viewership was further than 2 hours from the track. The top five states, in order, in terms of viewership were Missouri (Jefferson City primarily, which is located 2 hours and 51 minutes from Farmington), Iowa, Minnesota, Illinois and South Dakota. Queensland was the top state in Australian viewership.