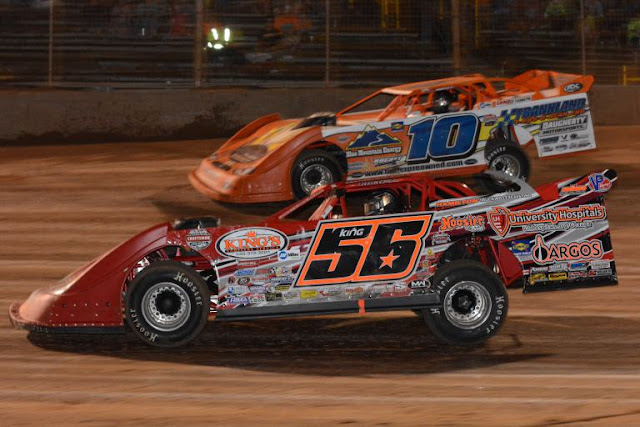 Welcome to the silly season! That great time of year where the rumors get thick with intrigue. And in our offseason, it's what keeps us warm until we get back to the track. Who's running where? Who's running what? What series is going to have which drivers gracing the clay come April? You've seen this section on various websites, but if you follow more than one division, it's multiple mouse clicks. Until now.....


We'll help keep you updated on the happenings in all three top divisions here at TDN. It's what we do, saving your fingers and keeping it all on the same page!
So check in periodically, we'll be updating this frequently and will announce via twitter/facebook when we've refreshed it!

** Remember, for up to the minute updates, check out IBRACN at SprintSource.com!

1/24/18- Tim Shafer will most likely run a similar schedule to 2018, with a strong mix of WoO and ASCoC dates plus high paying shows in his geography with Demyan-Rudzik racing.

1/22/18- Chase Dietz will focusing on 360 Winged events in 2018 and will also partake in the new USAC East Wingless series as well.

1/18/18- Dominic Scelzi will race a similar schedule in 2018 for JE Inc./Red Rose Transportation

1/17/18- Brian Brown will be runing a similar schedule in 2018 with 410 event touring and Knoxville racing highlighting the action. He will start the season in Florida with ASCoC and WoO dates.

12/31/17- Brock Zearfoss will be involved in more touring in 2018, hitting more ASCoC and WoO shows close to home.

12/27/17- Sye Lynch will race weekly at Lernerville while hitting special events at PPMS and Sharon Speedway in 2018.

12/25/17- Shane Golobic will run for KWS/NARC championship in 2018 for Tarlton Motorsports.

12/14/18- Sheldon Haudenschild will run with the World of Outlaws once again in 2018 for Stenhouse-Marshall Racing.

12/13/18- Dave Darland will run the USAC National Sprint Car tour in 2018 and other select races for Matt and Gene Goodnight.

12/12/17- Travis Philo run a 50 race schedule in 2018, centering around WoO and ASCoC shows in the Ohio area and other high paying races in close proximity.

12/8/17- Danny Dietrich will be expanding his mix in 2018, racing 50% of his schedule in Central, PA while racing the remainder in select WoO and ASCoC dates.

12/8/17- Brady Bacon will follow the USAC Sprint Car tour in 2018 once again for Dooling/Hayward/Richard Childress Racing.

12/7/17- Tyler Courtney will run the full USAC Sprint tour for Clauson-Marshall-Newman racing in 2018.

12/5/17- Justin Grant will run the USAC Sprint Tour once again in 2018 piloting the TOPP Performance entry.

12/1/17- Cory Eliason will pilot the Roth Motorsports entry with a 60 plus true outlaw schedule including WoO, ASCoC and Knoxville. He will start the year in Volusia.

11/30/17- Kyle Hirst will race for the NARC Championship and 360 Sprint Car Challenge Tour for Roth Motorsports in 2018.

11/27/17- Kevin Thomas Jr will replace Chad Boespflug as driver of the #69 Mean Green Machine for Hoffman racing in 2018, driving on the USAC National Sprint Tour.

11/17/17- Josh Baughman will be racing more 410 events in 2018 with a true outlaw schedule. Will be based closer to the north east, expect more OH and PA appearances.

11/5/17- Sheldon Haudenschild will return to the World of Outlaws in 2018. No word on sponsors at this time.

10/31/17- NY based Joe Trenca will split time running various World of Outlaw and ASCoC events in his 410 program while also running parts of PA and OH Speedweeks and some local central, PA shows in 2018 per IBRACN

10/31/17- Spencer Bayston will race around 40 events in assorted WoO and All Star action, touring more frequently with Kevin Swindell Motorsports.

10/30/17- Joey Saldana will race 60 times or so this season, splitting time between WoO and ASCoC. He will start the season on the sprint WoO West coast swing.

10/4/17- Parker Price Miller will run the entire World of Outlaw schedule with Destiny Motorsports in 2018.

2018 Major Schedules:  As Soon As They Are Announced! 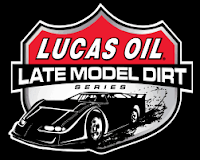 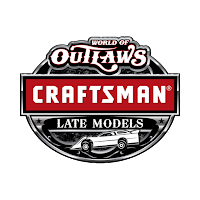 
Drivers Committed To World Of Outlaws Craftsman Late Model Series:
1/20/18- Frank Heckenast Jr. will not pursue the World of Outlaw Late Model series title in 2018 due to medical reasons.

1/2/18- Chris Ferguson will chase the World of Outlaw Late Models Rookie of the Year award in 2018.

12/8/17- Donald McIntosh will run for Lucas Oil Series Rookie of the Year in 2018 in his family owned equipment.

12/8/17- Kyle Bronson will run for Lucas Oil Series Rookie of the Year in 2018 in a Longhorn with Durham Power.

12/7/17- Louisiana based driver Timothy Culp will race with the World of Outlaw Series in 2018.

12/6/17- Michael Lake will tour close to home in 2018 it was announced recently and will make the switch from Longhorn to Rocket for Bobby Lake Motorsports.

12/2/17- Chris Madden will drive the Barry Wright house car in 2018 and will  return for another season with the World of Outlaws.

12/1/17- Bobby Pierce will drive the Dunn/Benson entry in 2018 and will make the move to Rocket XR-1 in the process. Schedule to be determined.

11/30/17- Alex Ferree will return to his own equipment and will travel more in the region in 2018. Ferree will bring his sponsors from the former #10 car.

11/27/17- Bub McCool will make a return to racing in 2018 with Randy Thompson in a Club 29 car with Jay Dickens power. McCool had not raced in a year and a half due to having to focus on his logging business. It is expected that he will pick and choose races within his geography.

11/24/17- Jared Miley will drive in the Joe Corrado #10 car previously driven by Alex Ferree in 2018. No word yet on a comprehensive schedule.

11/16/17- Earl Pearson Jr. will drive Ronnie Stuckey/Stuckey Enterprises in 2018 with the Black Diamond house car on the Lucas Oil Series.

11/16/17- Steve Francis has retired from Super Late Model racing and will serves as technical director for the Lucas Oil Series in 2018.

11/16/17- Casey Roberts will be taking over the Blount Motorsports ride in 2018, running a similar regional/true outlaw schedule featuring a few crown jewels.

11/15/17- Earl Pearson Jr. has departed the Dunn/Benson team and will pursue another endeavor in 2018. Dunn/Benson Motorsports has a driver on board for 2018 and will announce as soon as possible.

11/11/17 Rumors still swirling about the 2018 plans for Dennis Erb Jr. and Steve Francis, with plans up in the air for both. Expect possible announcements after both national tour schedules are released at PRI show.

11/7/17- Chub Frank has retired from the World of Outlaws Late Model tour and will race a more regional schedule moving forward.

11/4/17- Jonathan Davenport will race on the Lucas tour in 2018, driving for Lance Landers with Kevin Rumley as chief engineer. Car will be a Longhorn with Durham power.

10/31/17- Dan Stone will undergo a chassis change, moving to Longhorn cars and will start the season in Florida in 2018.

10/10/17- Per Dirt on Dirt, Jesse Sobbing has retired from racing following doctors orders after back surgery.

*Complete weekly track by track info forthcoming in the spring.


1/30/18- Mat Williamson will race weekly at Freedom Motorsports Park in 2018 and will partake in the STSS North Division, driving a Jeff Behrent prepared car.

1/24/18- Brian Krummel will run weekly at Grandview Speedway in 2018 in the Zubikowski 17z, and in the STSS North series as well as other specials.

1/15/18- Matt Sheppard will race the entire STSS North and South regions in 2018, driving for Shawn Ward Racing. He will also race in the 92s at Outlaw Speedway on Friday nights weekly in addition to his own 9s team based in central, NY.

1/11/18- Wade Henderickson will drive at New Egypt, Bridgeport and the STSS South region in 2018.

1/10/18- Willy Decker will compete at Albany-Saratoga Speedway and other specials in the area with Dodson racing in 2018.

1/10/18- Central PA limited late model star, Ron Kline, will be making a return to weekly modified racing action for the first time in over a decade. Kline has purchased a used Teo Pro Car and will compete weekly at Grandview Speedway. Kline currently sits 4th in the all-time late model win list at Grandview..

1/8/18- Wade Hendrickson replaced Dom Buffalino aboard the Michaels Bros. Racing 51m. Hendrickson drove a second 51 entry at Bridgeport Speedway’s Turkey Chase Weekend in November after parting ways with Craig Pondish. Hendrickson and his new team will compete weekly at either New Egypt or Bridgeport and will also travel to select specials.

12/20/17- Rocky Warner is officially the driver of the Jake Spraker 1J in 2018. Warner and Spraker won 75 sportsman races together over the past 3 seasons, and Warner was awarded by taking over driving duties of the team's modified equipment when Spraker and former driver Ronnie Johnson parted ways in September to give Warner a chance to showcase that he was ready for the full-time move. Warner and Spraker will compete weekly at Fonda Speedway with the big-block and will run select small block and big block specials.

12/19/17- Danny Bouc will replace Wade Hendrickson aboard the Craig Pondish Racing #6. Bouc will continue to drive the family-owned #32 weekly at New Egypt Speedway while following the Short Track Super Series and other select high-paying events with the Pondish team.

12/8/17- Ronnie Johnson will be indenturing to the seat of his own #2 car in 2018 after parting with Jake Spraker. Johnson, a two time track champion at Fonda Speedway will return to Lebanon Valley Speedway on Saturday nights for the first time in over a decade.

12/8/17- Demetrios Drellos will take over the duties at Nelson Motorsports #85 Big Block Modified which was driven part time by Erik Nelson in 2017.  Drellos and Nelson will drive weekly at Fonda Speedway in 2018. The family owned #111 Modified will be able to tour more extensively to Big Block and 358 Modified races in 2018.

1/8/17- Sportsman standout Brian Papiez will take over driving duties for the #901 of Hewlett Racing, formerly piloted in high paying events by Ryan Godown. The team will compete weekly at New Egypt Speedway in 2018.


11/30/17- Announced earlier in the year, Danny Johnson will run the Super DIRTcar Series once again in 2018 following a year off of full time tour chasing. He will run weekly at Fonda Speedway with Shackleton Motorsports.

11/30/170 Tad Cox is retiring from competition after running Bridgeport, New Egypt, Grandview and East Windsor in years past.

11/30/17- Vetaran driver Bob Vedder is retiring from competition. He had been runing Glen ridge Motorsports Park and Fonda Speedway.

11-20-17 At the current time, teams are formulating plans for 2018. Expect announcements very soon after the annual Gobbler Race and Race Parts Shows/Swaps

11/20/17- Bud Watson will be driving a Big Block Modified at Lernerville and Sharon Speedway weekly in 2018, leaving the E-Modified divisions.

2018 Major Schedules: (As Soon As They Are Announced)