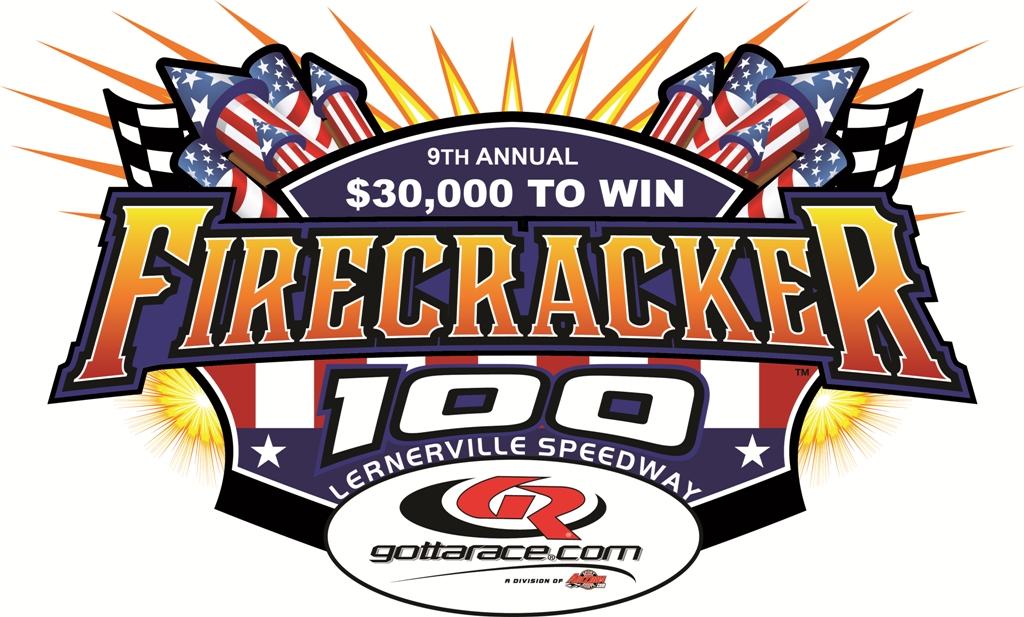 Shane Clanton continued his hot streak on the World of Outlaws Late Models tour with a victory in night one of the Firecracker 100 at the Lernerville Speedway. After not competing in last year's Firecracker 100 main event after being disqualified in a heat event, Clanton expressed in victory lane he is looking for redemption this year by sweeping the weekend. The victory was the seventh on the tour this season for the Zebulon, Georgia driver.

PA drivers Jared Miley and Davey Johnson were originally set to the lead the field to green.  However, after consecutive early starts by both drivers, Clanton and fast timer Mason Zeigler inherited front row starting spots.  When the green waved for good, Clanton was able to race to the early lead, with Zeigler and Miley close behind.

Throughout the first dozen laps, Miley was keeping pace with Clanton but could not find a way around the #25 machine.  On lap 10, Miley pulled even with Clanton coming off turn two, but Clanton raced back on the outside to maintain the lead.

Lap 12 saw lap traffic come into play, which allowed Clanton to extend his lead over Miley.  Further back in the field, Darrell Lanigan and Rick Eckert each were making a charge to the front.  A four car battle for 3rd ensued between Lanigan, Zeigler, Eckert and Johnson as the race hit the halfway mark.  Eckert, who started 12th, made quick work of all three as the York, PA driver rolled the bottom groove to take 3rd on lap 17.

Eckert then began to close on Miley for 2nd in the following laps, as Clanton maintained a near straightaway lead.

On lap 26, Eckert charged past Miley in traffic to take the runner up spot.  Eckert made up significant ground in the final laps, as Clanton begun to lose some speed coming off the corners. However, Eckert's bid for victory would fall short by 1.361 seconds.  Clanton led all 30 laps in a caution free race following the two initial called back starts.

Mother Nature did its best to spoil the party with afternoon rains, but the track crew did a superb job, providing a smooth, fast track throughout the evening. Four action packed heats set the stage for the evening among the forty five cars in attendance. Zeigler, Frank, Clanton and Lanigan claimed wins. The action is set to continue Friday with another $6,000 to win 30 lap preliminary event.