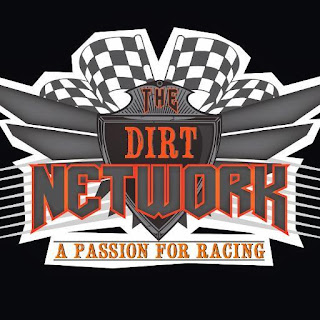 Western, PA wheelman Jason Fosnaught is ready to get back in the game.  The veteran driver had been spending the first part of the season assisting fellow driver Greg Beach in his Renegades of Dirt modified campaign, but recently has turned his attention to his steel block late model program with his sights set on a second half schedule within the area.
Most of the pieces are in place for Fosnaught, the car, engine and most of the equipment is in place to make his run, but he's in search of some support to help defray the costs.

"To put a dollar value to what we are looking for, I’d say its minimal, Fosnaught said recently. "Something in the range of $2,000 to $3,000. We have the car, the engine, shocks, wheels and a small tire inventory. I’m hoping to come up with enough support to help with the cost of some extra parts, race fuel and added tire inventory. We’re looking for one main sponsor but will also entertain several smaller partners that would still be helpful to our needs. Our primary goal for the 2nd half of 2015 is to be competitive at the local speedways that run the steel block division. If we are competitive out of the box, our goal will shift toward winning a couple features. We will try to run approximately 12-15 events at Marion Center Speedway, Hesston Speedway and Bedford Speedway, etc."

While he was assisting Beach, Fosnaught kept his driving skills honed by substituting for Brett McDonald in the sportsman stock division at Lernerville Speedway one evening and took home a win in his only time in the car. His experience on dirt spans many divisions over an 18 year career and he's had good success at each level.

"This is my eighteenth year racing cars," he remarked. "I started in Strictly Stock at Challenger, moved into Sportsman Stocks at Lernerville and eventually made my way to Crate and Steel Block Late Models at various speedways around the area. I also have experience in E-Mods and Micro Sprints and a win in a Three Quarter Late Model. Winning one of the most prestigious stock car races in Western Pa. is currently my biggest accomplishment. I was given the opportunity to drive my brother’s car last year at the Little Guys Nationals and we took full advantage of that by leading all 30 laps and taking home the big prize. Also, I’d be lying if I didn’t mention that I was really proud to pick up a feature win this year for Larry & Brett McDonald in their #25 Sportsman Stock at Lernerville. Two for two in the last two attempts in stock cars…very proud of those accomplishments!" 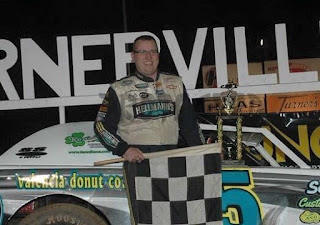 But aside from his on the track accomplishments, Fosnaught can appreciate what it means to be a true partner with his sponsors, and embraces the public relations duties that come along.
"I'm willing and have experience with doing these things for previous sponsors. I appreciate their help and love to repay them in any way that they need or expect. We really try to work with our partners to help market their product to the loyal racing fan base. And we know that sometimes by just having a meet and greet at their facility, they’ll bring in new customers and hopefully we’ll grow our racing family…and their business."
Fosnaught also brings the necessary passion it takes to make true commitment to the sport, the standard and mantra that he lives by with regards to his racing.
I’ve told my wife many times this year that racing is what defines me. Whether I’m at work or with family, racing is the one thing that I’m always talking, sometimes debating, about. I’ve been going to the race track since I was about six years old. There’s nothing else I work harder to be able to do. “There’s a difference between interest and commitment. When you’re interested in doing something, you do it only when it’s convenient. When you’re committed to something, you accept no excuses: only result!” My wife and I purchased our dream home a couple years ago and the reality of being an adult is that you have to set certain priorities for your family. That being said, the expendable income that always allowed me to fund my own operation has decreased. I’ve always tried to foot the bill for my hobby but it’s been tough to get things together this year. We have a lot of the pieces in place but just need that little extra to put a competitive race car on track."


So with a little more support, a racer's wish to get back in the game will come true, and when it comes to drivers, one couldn't ask for much more at the local/regional than Jason Fosnaught.